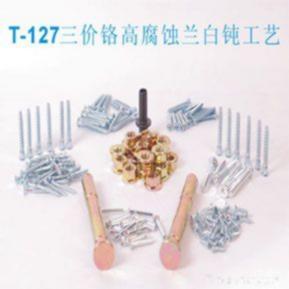 1.Inertia protective layer could be formed on the
passivation surface. High corrosion-resistance and heat endurance.
The color of passivation layer won't fade.
To be able to bear salt mist more than 200 hours

we are mainly engaged in the related field of metal surface treatment as plating brightener,  electroplating intermediates,   special plating chemicals and electroplating technology research and development.We have realized  an annual output of thousands of tons of plating additives.


Inquiry Cart 0
Send your message to this supplier

Thank you! Your message has been sent to the following suppliers.